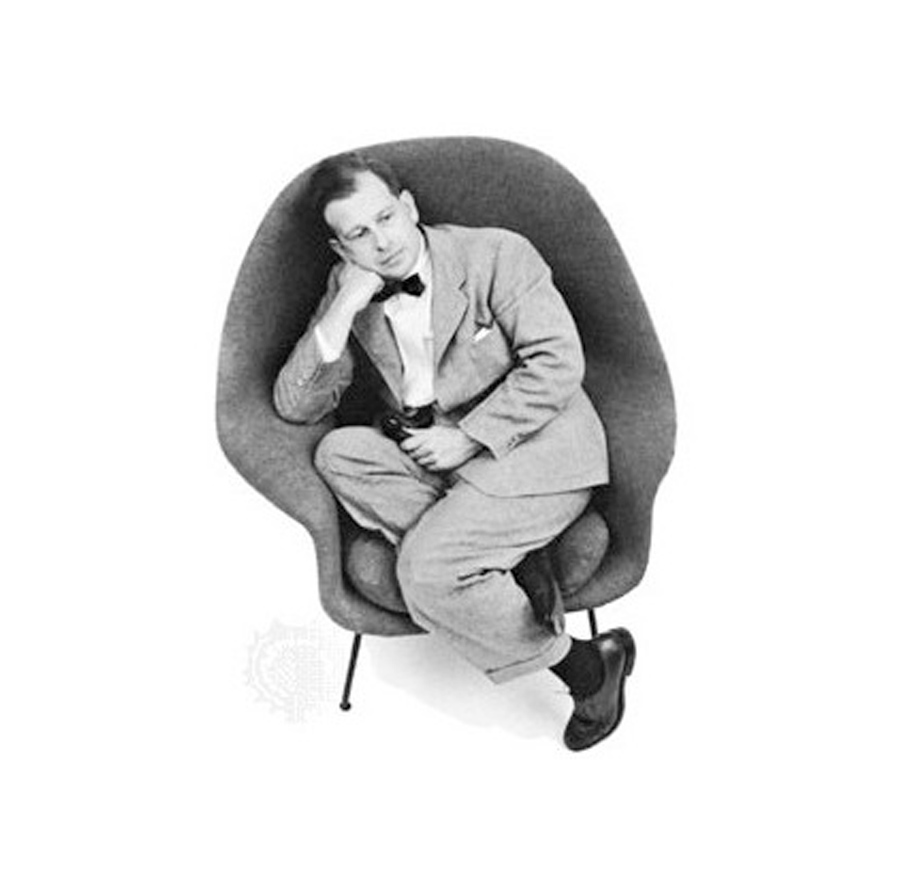 Eliel Saarinen was the son of the architect and director of the venerable Cranbrook Academy of Art, where he trained in his early years. Saarinen proved quite clearly that a person with dyslexia could become hyper-gifted with practically no classical education. His 192-m high steel arch, built in St Louis, and the futuristic J.F.K. Airport Terminal in New York, both masterpieces built after his death, would confirm his reputation as an architect, but his renown today is based above all on minimalist, organic furniture, for which he and his friend Eames won a competition held in 1940 by the Moma, with his Organic Chair.

Saarinen’s experimental sensibility was most evident in the emblematic Pedestal series of 1956, produced by Knoll and featuring the Tulip Chair with its unique sweeping base that gracefully streamlines the “clutter” of chair legs and people’s legs. He applied this formal technical audacity to tables, armchairs, stools, sideboards and even ashtrays.

Eero Saarinen was a Finn, only taking American nationality in 1940. At the time of his early death at the dawn of the Kennedy era, he nevertheless embodied a form of American genius at the height of his appeal.