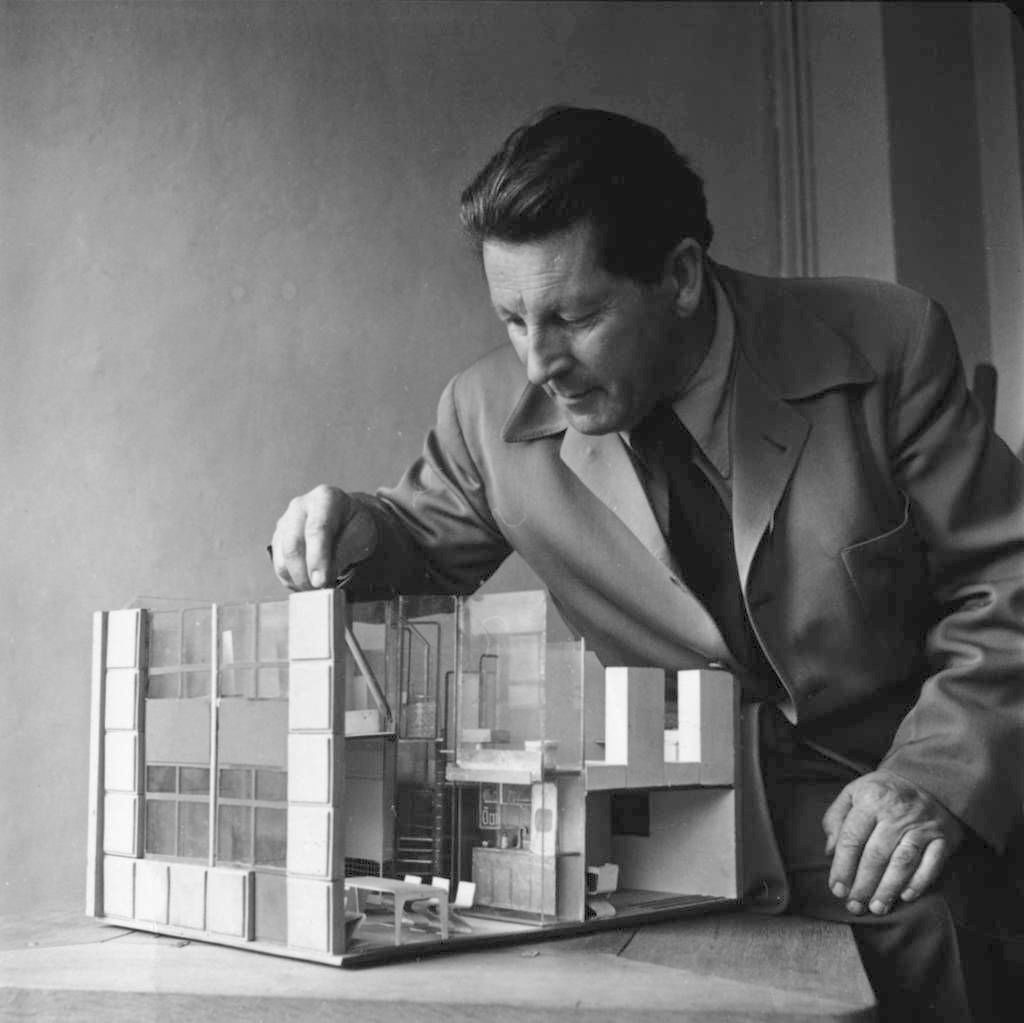 Rietveld, a Dutch cabinet maker turned architect, is the designer from the Stjil movement, which is often associated with the rigor of total abstraction. However, “the aesthetics of a purified vision” in the words of Piet Mondrian, accommodates the seductive visual impact of the primary colors found elsewhere in the final version of the Red Blue Chair Rietveld. This amazing sculptural chair was made in 1918 from 17 pieces of wood, with a saving of materials rarely seen at the time. If the Spartan chair Zig Zag of 1932, consisting of 4 wooden planks, is indeed a rationalist aesthetic that draws its substance from pure forms, square or rectangles, it takes the word with humor and the will expressed by Von Doesburg to break the tensions of horizontal and vertical lines by obliques with its apparent instability of house of cards.

He succeeded in 1935, the more obvious comfort of the Armchair Utrecht, originally designed for a department store and named after his hometown where he built in 1924 his architectural masterpiece, “House Schröder”.

These three iconic chairs always edited by Cassina are modern manifestations according to the criteria of the Stjil movement which continues to inspire architecture and design, with the founding idea that simplicity of the most primitive form presides over a harmonious construction that occupies a clear place in the space.