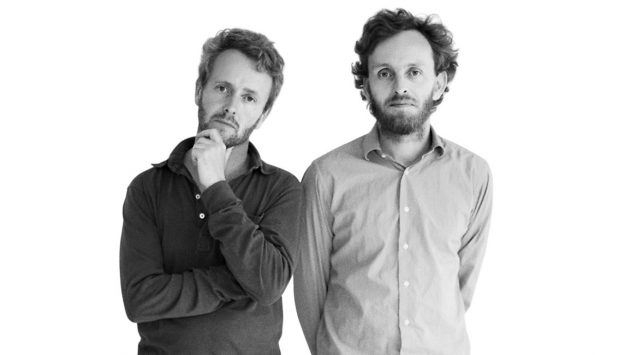 Together with the Castiglioni, the Bourroullec’s are the other brothers of sense of design who share without problem a twin ego and an almost archaic synchronous vision. Elder Ronan comes from the Decorative Arts, Erwan his junior by 5 years, from the Cergy School of Art. Everything goes very fast for the tandem created in 1999, Chicago dedicated them a retrospective in 2012. Consecrated by the MoMA of NYC, and majors Magis, or Cappellini they participate in this evolution of design which promises a future to the craftsman by studying pottery in Vallauris and urushi lacquer in Japan.

In 2000, their clean and playful design won the design challenge for the closed-bed Breton of the 3rd millennium that became the “cabin to sleep” on behalf of Capellini, who was a major industrial partner of the two brothers. Variant of this micro-architecture, the Alcove sofa created in 2006 empowers a confidential space particularly adapted to lofts or open spaces. Modular design also derived from the evolving walls Clouds or their claustra of seaweed, were self-financed because nobody believed in them, but since sold 8 million copies!

Everything they extrapolate from reality marks their virtuosity without showing off the domestic habitat: Lumière Brothers with the luminous liana in Swarovski crystal which illuminates today a staircase of Versailles. Another lamp that fits naturally in space – as would a plant, the Aim edited by Flos.

Their creative ecosystem is organized around an inspiring nature, the expressiveness of form accurate through intuitive ergonomics and slow design with strong poetic potential.

So they reserved their nickname “the Mormons of design” they aspire to an optimization of use and the embellishment of a world too saturated with objects “questionably ugly or badly thought”.