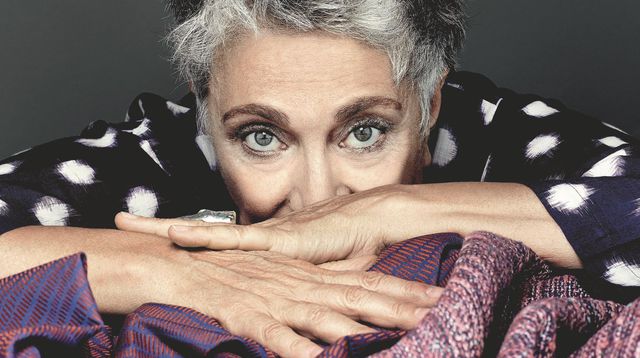 The effervescent creative energy of Paola Navone does not like dogmatism nor the idea of sacralisation of design.

Globe-trotter and antique hunter, scenographer with its ephemeral architectures, ubiquitous to a thousand projects, never satiated with discoveries, she appreciates on the contrary, the unexpected that stimulates the imagination and does not disdain the recovery and customization that reinvent the forms and uses . Her eclectic style, which has enchanted international design for over 30 years, is a somewhat anarchistic hybridization of simplicity and imperfection and a mix of craftsmanship and industrial techniques acquired at Politecnico in Turin.

Joining the team Alchimia in 1979, a collective embodying the radical wave of Italian design, she rubbed shoulders with iconoclasts Ettore Sottsass and Andrea Branzi, and then went on a mission as a consultant for the United Nations who introduced her to Asia, a perpetual source of inspiration.

Navone’s bestsellers, the range of modular armchairs and sofas with removable covers called Ghost: Particularly minimal in the white version of her wrinkled linen, it isn’t ghostly  only as much in its its vaporous appearance, almost in weightlessness. The charm of her bohemian, free and joyful atmospheres earned her the award in 1983 for the Osaka International Design Award, and artistic director since 1988 for Gervasoni. She collaborates with such prestigious publishers as Knoll, Alessi or Roche Bobois and designs new collections for Baxter, Linteloo, Serax and Cappellini for a post-Memphis collection.