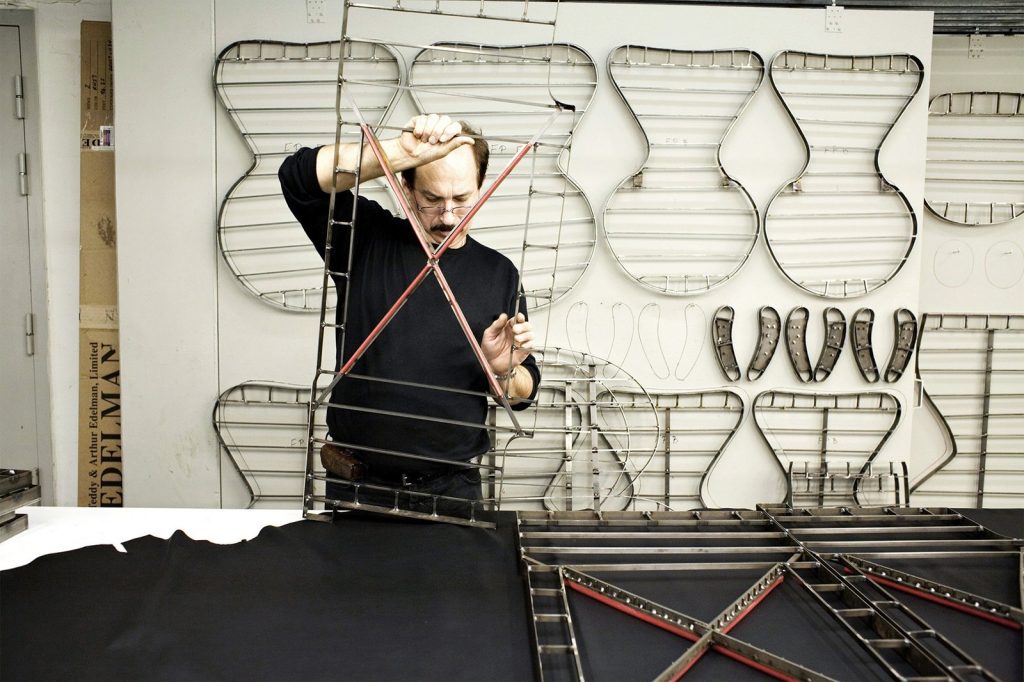 The Danish Poul Kjærholm, cabinetmaker passed by the School of Arts and Crafts in Copenhagen, is one of those designers from the cold including the iconic PK series inspired by Mies van der Rohe but with a little more sex appeal according to the one of his collectors, architect John Pawson who has greatly enriched the World Heritage Fund. Working through the epic, a synthesis between the techniques inherited from tradition and the “ideal” form in an industrial context, Kjærholm’s work is placed in the wake of the modernity laid down by precursor Kare Klint.

The proportions of their furniture and its fluid line shape the architectural presence of the space by interacting with it. His favorite material is the brushed and satin flat steel chosen for its resistance, its flexibility, but also for the play of light induced on its surface and its ability to skate like wood, rattan and leather with which he combines them.

From 1951 to 1967 Kjærholm designed “The Kjærholm Collection”, from which the PK22 driver was crowned with the Milan Trennali Grand Prix and vaguely inspired by the Klismos chair dating back to Greek antiquity. His PK80 daybed furnishes the MoMa of New York offering a serene Monet Water Lily gazebo or at One : Pollock’s Number One whose furniture has been published since 1982 by Hansen.